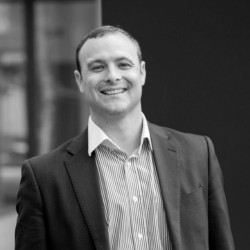 The Institute of Directors amongst others has criticised the Home Secretary's recent party conference speech on immigration in which she stated the UK 'does not need' large numbers of foreign arrivals and that she would act to reduce the numbers gaining asylum.

IoD Director general Simon Walker said this was tantamount to closing the doors on some of the world’s ‘best and brightest’.

The reality is that we now have a highly mobile global workforce and until we address more fundamental issues around encouraging young people to enter professions such as construction, then we just cannot be self-sufficient as a national workforce.  In many professions, including construction, migrant workers aren’t putting people out of a job at a mid to senior management level: we don’t have enough people with the expertise in the first place.

An example of this is the current  severe lack of good candidates particularly within  disciplines such as Estimating & Planning, which has resulted in salary increases of up to 25% – supply and demand at its best.    We have no choice right now but to look abroad and attract talent – which is why I believe we need to look at simplifying the visa and sponsorship system. This would improve the ability to place better candidates and benefit employers who often don’t have the patience to wait for the process to be completed. This lack of commitment has led to some of these candidates being passed over in favour of local candidates who can hit the ground running but may not necessarily be the best fit in terms of culture or skill set. Yes, foreign models of construction can be different however, let’s be honest, some of the buildings in the likes of the Middle East, Far East and Eastern Europe are astonishing compared to ours so the technical expertise must be just as good if not better than ours here in the UK: and indeed many of the architects and designers behind these buildings are UK companies so they must know the standard of work that can be achieved.

Finally, having a diverse workforce with people from different racial, educational and social backgrounds and age range helps encourages creativity and innovation.  It helps organisations break from old traditions and may result in  better decisions and productivity.

The UK  needs to work hard on its skill sets, starting in the classroom.  Until this happens, there is a strong case for continuing to allow many in-demand skilled workers, such as managers in the construction sector, in from outside the UK.